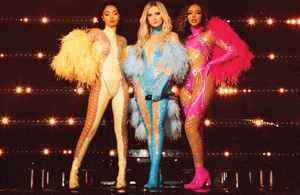 Profile:
English girl group formed in 2011, formerly known as Rhythmix. They were formed for the eighth series of The X Factor and became the first group to win the competition. Following their victory, they signed with Simon Cowell's record label Syco Music and released a cover of Damien Rice's "Cannonball" as their winner's single.