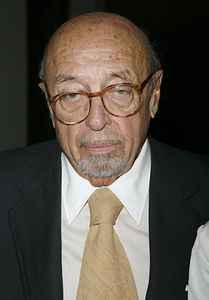 Ertegun was a record company owner, producer and songwriter. One of the most influential figures in the 20th century record industry and co-founder, with Herb Abramson, of Atlantic Records in 1947. Ertegun built the company into the world's leading independent label in r&b and jazz music during the 1950s and early 1960s. Ertegun sold controlling interest in the label in 1967 to Warner Bros., but remained active as an executive for the label right up to his death.

On Sunday October 29th 2006, Ertegun, aged 83, attended former US President Bill Clinton's 60th birthday party in New York. Sadly, Ertegun fell and injured his head backstage during a performance by The Rolling Stones. After remaining in a positive and stable condition for some time, he slipped into a coma in early December at New York Presbyterian Hospital (Weill Cornell Medical Center) and died with his family by his side. After a memorial service in New York Ertegun was interred in his native Turkey.

Ahmet Ertegun is the brother of Nesuhi Ertegun.
(He used the moniker A. Nugetre (a reversal of his surname) mainly for writing credits . See aliases).