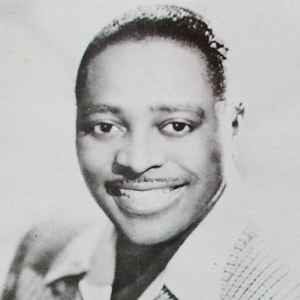 After a few years playing in the “Chitlin circuit” of the 1930s and just after World War II, Jordan launched a revolutionary sound: it wasn’t Blues nor Jazz but the “Jump Blues” sound which evolved into Rhythm And Blues. His jumping shuffle rhythms were copied by many in the 1940s. With his group “The Tympany Five” Jordan came to inspire many artists who followed in the mid 1950s, to the 60s and 70s, from Bill Haley And His Comets to James Brown but also Ray Charles or Branford Marsalis.
Between 1942 and 1951 Louis Jordan And His Tympany Five had 57 R&B chart hits on Decca (2) Records. His first release was “Honey in The Bee Ball" in 1938. In the 1950s he left Decca and recorded for Aladdin Records and in the 1960s for Ray Charles’ Tangerine Records.
Ray Charles often mentioned Louis Jordan as one of his biggest influences in music.
Louis Jordan, popular to all audiences, is unforgotten for developing the blueprint of Rock and Roll and R&B.
He died February 04, 1975 of a heart attack, in Los Angeles, California, USA.

Jordan played all forms of saxophone, the clarinet and piano. His specialty was the alto sax.