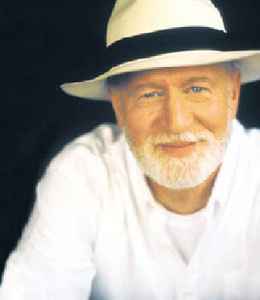 He was born outside Tippo, Mississippi on his grandfather's farm, which was known as The Island "because Tippo Bayou encircles it." He took piano lessons from age five, picked cotton, played piano in grammar school and trumpet in high school, and wrote his first song at age thirteen. He went to college at the University of Mississippi for a while, then enlisted in the U.S. Army for two years. Shortly after mustering out, he enrolled at Louisiana State University, from which he was graduated in 1952 with a BA in English with a minor in Philosophy.

In 1956 he moved to New York City and launched his jazz career performing with artists such as Stan Getz, Gerry Mulligan, Al Cohn, Zoot Sims, and Phil Woods. His debut album, "Back Country Suite", was issued on the Prestige label in 1957. He formed his own trio in 1958.

It was not until 1963 that his record label allowed him to release an album entirely of vocals. Entitled "Mose Allison Sings", it was a collection of songs that paid tribute to artists of the Mojo Triangle: Sonny Boy Williamson (2) ("Eyesight to the Blind"), Jimmy Rogers ("That's All Right") and Willie Dixon ("The Seventh Son"). However, it was an original composition in the album that brought him the most attention – "Parchman Farm". For more than two decades, "Parchman Farm" was his most requested song. He dropped it from his playlist in the 1980's because some critics felt it was politically incorrect. Allison explained to Nine-O-One Network Magazine: "I don't do the cotton sack songs much anymore. You go to the Mississippi Delta and there are no cotton sacks. It's all machines and chemicals."

Prestige Records tried to market Allison as a pop star, but Columbia and later Atlantic tried to market him as a blues artist. Because he sang blues, Jet magazine thought that he was black and wanted to interview him.

Allison was inducted into the Long Island Music Hall of Fame in 2006.

Allison's March 2010 album, "The Way of the World", "marked his return to the recording studio after a 12-year absence."

December 30, 2016
Mose Allison's last release was "Mose Allison American Legend Live in California"
It was released in May 2015. It is on the IBis Recordings label. The Magazine "Mother Jones" reviewed it and rated it as one of their top 10 releases for all of 2015. Here is the website address for the recording and much more about Mose Allison and his life.
www.moseallisonamericanlegend.com