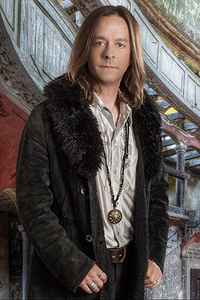 Arlan Schierbaum started dabbling with the keyboards at the tender age of three. His parents quickly signed him up for piano lessons the very next year, and soon he was playing organ at the local church in his South East Los Angeles neighborhood. Growing up, Schierbaum was exposed to a lot of popular music and culture from the 60s and 70s, listening to Deep Purple, Elvis Presley, Patsy Cline, and Jerry Lee Lewis, and watching television programs that featured music like Don Kirshner’s Rock Concert, Hee Haw and The Lawrence Welk Show. This would all have a profound impact upon his career.

In the 90s, Schierbaum moved to Hollywood to kick-start a career as a professional musician. That decision helped him gain the respect and friendship of many musicians and industry professionals. A commitment to vintage keyboards and real instruments has earned him gigs with Mindi Abair, Joe Bonamasa, Billy Burke, Goldspot, John Hyatt, Richie Kotzen, Janiva Magness, Mandrill, the Pointer Sisters, Daniel Powter, Tiromachino, and many more.