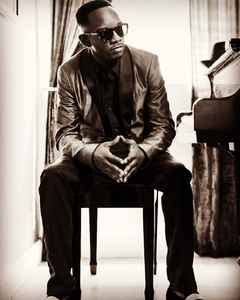 Real Name:
Brandon Oneal Williams
Profile:
Brandon Williams (born November 30, 1984), better known by his stage name Urban Mystic, is an American soul, r&b, neo soul recording artist from Fort Lauderdale, Florida. He is best known for his hit singles, "Where Were You" and "I Refuse". Mystic inked a record deal with indie label SoBe Entertainment and released his debut album Ghetto Revelations in 2004.

Williams was born the son of a church minister in 1984 in Fort Lauderdale where he was also raised. In his early years, he developed an interest for music at his father's church.[1] He attended Dillard High School in Fort Lauderdale where he sang at every pep rally, show and event that was held in order to get noticed. He even performed at the local "Sistrunk Historical Festival" held every year in honor of Dr. James Sistrunk, one of the first African-American Physicians in Broward County, Florida. He was looking forward to pursuing a musical career with support from his brother Christopher. He grew more familiar with the music industry and became active as songwriter and producer.
Sites:
Wikipedia, Facebook, instagram.com, MySpace, Twitter