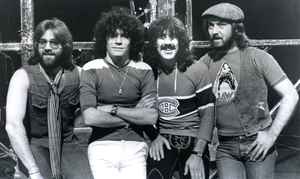 July 25, 2021
As much as I enjoy Nazareth's albums from Hair of the Dog onwards, I can't help but feel like they lost the best thing to ever happen to them when their albums stopped being produced by Roger Glover. Musically at least, though not commercially. I don't know any details on why that split happened,but I wish it hadn't. The Glover albums bring some of the most intense and balls to the wall sounds of that era. The way he was able to successfully capture the band's live sound on record is one of the most impressive feats I've ever seen from a producer. In my estimation, those albums deserve a whole lot more love than they receive. They make albums like Hair of the Dog and expect no mercy sound like soft rock in comparison.
See 2 replies