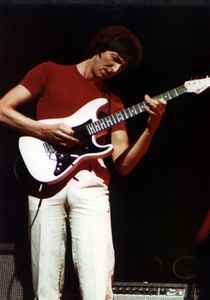 April 8, 2018
To add:
Allan Holdsworth - "Tales from the Vault (Rare Tracks from the Past, Present and... Beyond)
PledgeMusic
2018
Limited Edition. Not for Commercial Use or Resale

June 9, 2017
Highly underrated and innovative player. Saw him with the Soft Machine in 1974. Best soloing ever!
We already miss you Allan, you are GENIUS! R.I.P. Amico!

April 28, 2017
Allan Holdsworth RIP (1946 - 2017). A true, innovative, genius on the guitar, totally unique and will be a huge loss to music. He died just days after new remasters of his works were completed and released (a 12 CD box set and a new 'best of', Eidolon). RIP Allan... you have bought so much joy to so many people

January 21, 2017
Surely one of the fastest guitar players ever. His flowing melodies and chords are faster than light.
Just heard his version of Norwegian Woods (Beatles) - fantastic!

September 24, 2016
Allan Holdsworth is from another planet.The way he plays the cord progressions is so unapproachable that makes you feel so frustrated to try something similar.You can easily recognize him and his imitators.I adore listening to his records from tempest to his latest recordings.I.O.U. for the time it's been released it is tremendously shocking to my ears and 16 men of tain so far is the BEST ALBUM IN GUITAR HISTORY.

September 30, 2007
Allan Holdsworth is widely regarded as the most sophisticated and expressive Jazz/Rock/Fusion guitarists of all time, and rightly so, given the influence he has had over so many modern guitar players. From Eddie Van Halen to Joe Satriani to Shawn Lane to John MacLaughlin, too many of the greatest modern guitar players to list, all have cited Holdsworth as a major influence and inspiration in their craft. Holdsworth is an innovator who dreams up fiendish and delightful chord progressions and melodies, and then proceeds to improvise over these ethereal and outlandish changes in a way which lets you know that he is actually completely omniscient regarding all of the formulations and permutations of notes at his disposal. The notes he chooses to play come at you from angles which constantly surprise and delight your ears, mind and heart. His technical prowess is simply astounding - his greatest technical achievement is to fool you into thinking that what he does is anything less than impossible by way of inflecting and articulating his playing as if it's easy (for him).

Holdsworth also pioneered and championed the use of the synth-axe - a guitar like instrument which is actually an extremely sophisticated midi synth controller. This instrument allowed Holdsworth to explore the sounds he was originally drawn to make, those of the wind instruments, especially the saxophone. He was aided in this endeavour by the use of a breath midi controller, and the ability to manipulate notes with the synth-axe in ways which are impossible, or near to impossible, on a normal guitar. Unfortunately, the synth-axe is no longer being produced or serviced, however this means that Holdsworth has returned to the guitar, and continues to explode the boundaries of the possible and the conceivable, not just for the guitar, but for modern music.