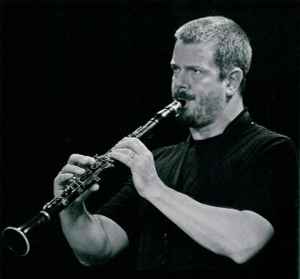 For the past 20 years, Ken Vandermark has been exploring and working to expand the possibilities of improvised and composed music in North America and Europe. Since moving to Chicago from Boston in 1989, he's performed and recorded in a variety of contexts, and with many internationally renowned musicians.

In addition to creating music, Ken has made many significant and highly respected contributions to both the local and international jazz/improvised music scenes through organizing concerts in Chicago and sponsoring North American tours with various ensembles. In 1996, he and writer John Corbett began organizing the Empty Bottle "Wednesday Night Jazz Series," concerts that brought musicians from Chicago, North America, and Europe to audiences on a weekly basis for nearly a decade. Starting in April 2006, Ken has continued this work by co-directing the "Immediate Sound Series" with Mitch Cocanig at the Hideout. Since the fall of 2005 he has also been a member of Umbrella Music, a musician based group of organizers collaborating in Chicago. His work as a presenter led to the invitation to act as creative director for the ACME Festival, a four-day event held in Athens, Georgia, during April, 2004, which featured concerts and workshops involving 21 musicians from Germany, Norway, Sweden, and the United States.

-Was selected as a MacArthur Fellow in 1999.

-Selected as one of the "25 For The Future," the most significant improvising musicians under the age of 40 by Down Beat Magazine, June 1998.