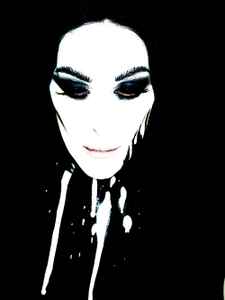 Living in New York City since 1989, Galás was born from Greek Anatolian parents, who always encouraged her gift for piano. From early on she studied both classical and jazz, accompanying her father’s gospel choir before joining his New Orleans-style band, and performing as a piano soloist with the San Diego Symphony at 14.

During the seventies, she played piano in the improvisational scene around San Diego and Los Angeles with musicians such as Mark Dresser or Butch Morris. She made her performance debut at the Festival d’Avignon in 1979, where she sang the lead role in Vinko Globokar’s opera, "Un jour comme un autre". While in France, Galás also performed Iannis Xenakis’s work with l’Ensemble intercontemporain and Musique vivante.

Galás first rose to international prominence with her quadrophonic performances of Wild Women with Steak Knives (1980) and The Litanies of Satan (1982).

February 12, 2020
Unique, confrontational, uncompromising, powerful, hysterical, possessed and at times insufferable. The one and only - Diamanda.
Reply Notify me 1 Helpful

September 19, 2013
Of the three albums in her '80s trilogy, I recall having purchased and see in shops The Divine Punishment before SAint Of The Pit, though they're listed in reverse order here.
Reply  See 3 replies Notify me 2 Helpful