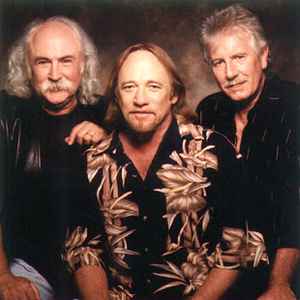 Disappointed with the band structure in various bands they decided to perform under their last names, ensuring their independence. Nonetheless their recordings became popular and they regularly performed as a trio or quartet. When joined by Neil Young they wrote/performed as Crosby, Stills, Nash & Young.
They first 'disbanded' after their 1970 summer tour, but kept performing in various constructions, on and off, over the years, alongside their solo efforts.