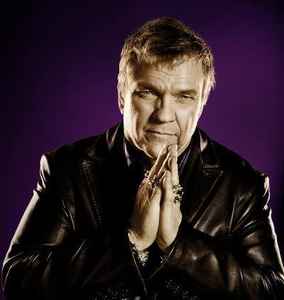 Real Name:
Michael Lee Aday né Marvin Lee Aday
Profile:
Meat Loaf (born September 27, 1947, Dallas - Texas, died January 20, 2022) was an American musician and actor, noted for the 'Bat Out of Hell' album trilogy consisting of "Bat Out of Hell", "Bat Out of Hell II: Back Into Hell" and "Bat Out of Hell III: The Monster is Loose". "Bat Out of Hell" has sold more than 43 million copies worldwide. After 35 years, it still sells an estimated 200,000 copies annually and stayed on the charts for over nine years, making it one of the best selling albums of all time.

Although he enjoyed success with "Bat Out of Hell" and "Bat Out of Hell II: Back Into Hell" and earned a Grammy Award for 'Best Solo Rock Vocal Performance' for the song "I'd Do Anything for Love (But I Won't Do That)" on the latter album, Meat Loaf experienced some initial difficulty establishing a steady career within his native US. However, he retained iconic status and popularity in Europe, especially the UK, where he ranks 23rd for the number of weeks overall spent on the charts as of 2006. He ranked 96th on VH1's "100 Greatest Artists of Hard Rock."

He was one of the best-selling artists of all time, with worldwide sales of more than 80 million copies. He has also appeared in over 50 movies and television shows, sometimes as himself or as characters resembling his stage persona. His most notable roles included 'Eddie' in the American premiere of "The Rocky Horror Show" and "The Rocky Horror Picture Show" and Robert "Bob" Paulson in Fight Club.

January 25, 2022
Sad how artists aren't appreciated until after they're gone. Listening back to the "Bat Out of Hell" trilogy the composition is simply amazing... even if it's not your style of music you've got to appreciate the composition, arrangement, engineering and production. RIP Meat and Jim

Read 'Em And Weep... The news yesterday got me thinking about the first gig I ever went to: Meat Loaf at the SFX Dublin in February 1985. I was 12 at the time, and it was an amazing introduction to live rock shows. Since then I've seen many other great artists live- but I never experienced a crowd getting such pure joy from music. And I never saw a performer so adored by an audience. Back then Meat's career was not the healthiest but you'd never have known it from his professional, wildly enthusiastic performance. He was always loved in this neck of the woods,and I reckon he always will be.

"It was long ago and it was far away, and it was so much better than it is today..."
R.I.P Meat

January 21, 2022
Rest... In... Peace...
What a powerhouse of a vocalist and performer he was when he was in his prime! Bad health in his later years took away a lot of that power but he still put everything he had left into his studio and live performances. The team of Meat Loaf and Jim Steinman are both gone now. They’ll both be missed, no doubt.

January 21, 2022
Wow only one comment for Meatloaf all these years. I just discovered him last year when a coworker sent me a song to listen to "Life Is A Lemon and I Want My Money Back", which blew my ears away. Heard nothing like it before and I am 40. Rest in honor! I will be digging through your crates soon.

Rest well Michael, You had some serious set of pipes in you.