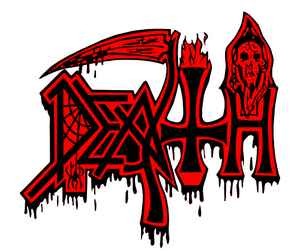 Profile:
Formed in 1983 as Mantas (3) with Chuck Schuldiner on vocals and guitar, Rick Rozz on guitar and Barney 'Kam' Lee on drums and vocals. In 1984 the band recorded their first demo called "Death By Metal". Soon after the recording the band split up and Chuck formed a new band named Death.

November 6, 2021
The documentary really shows chucks true colors and for me paints him as quite a pathetic person. I appreciate his wanting to continue to evolve musically but knowing that that last terrible horrible album was never even supposed to bear the death name brings vindication to my years of telling people how terrible it is. It's truly a joke much like control denied. Simply not death metal and not death.
Reply  See 2 replies Notify me 2 Helpful

May 23, 2021
From my experience collecting here are the albums that sound different on Relapse reissues. The originals almost always have more detail and greater clarity even if the mastering is the same, and are always preferred to the reissue if you find one worth the price. I see people with originals ask frequently if the reissues are worth it, hopefully this helps clarify which albums actually sound different and which one's were not changed. I think for dedicated Death collectors the 2 reissues that actually sound different are worth the cheap price to hear such great albums with a slightly different sound.

SBG-my original and reissue sound the same mix wise on both LP and CD.

Spiritual Healing-same as SBG and Leprosy.

Human-Relapse CD and LP sound different than the originals. Mastering is louder and consequentially Chuck's voice sounds higher pitched and more upfront in the mix to me on the relapse issues. Original copies have more of a dynamic sound. I listen to the originals if I am sitting down and focusing on the music, Relapse pressing if I am in the mood for loud and angry. I like both equally. The cassette promo also has a little bit of a unique sound to it, that might just be due to the format though and not any sort of difference in mastering.

ITP-Relapse CD sounds like the original. The Relapse LP sounds very different when compared to the Relapse CD and original pressings, and in my opinion worse. I would say the drums are more upfront in the mix, but not in a good way and they weren't buried in the original mix by any means. The original mix to me was perfectly balanced and sounded great. The guitars are very muffled compared to the original mix and the riffs are nowhere near as badass sounding on the Relapse reissue because of this, which is a shame because this album is full of absolutely monstrous riffs! However the relapse LPs are cheap and easy to get, and don't sound bad I just prefer the original. For die hard Death fans it is still interesting to hear the different mix and is something that will stay in my collection despite my mixed feelings towards the Relapse LP.

I hope this helps collectors confused by the reissues and original pressings. Also, if you have Spotify, Spotify has both versions of Humand and Individual Thought Patters. If you click on the albums with newer years and all the bonus tracks you will get the Relapse version and click on the original year albums with no bonus tracks and you will hear the original master. This can be a good way to decide if you want to buy the Relapse reissues or not and I have not seen anybody else discuss it!
Reply  See 2 replies Notify me 13 Helpful

Huge mistake in the bio. Kelly Conlon on bass, not drums.
Edit : just found how to change it