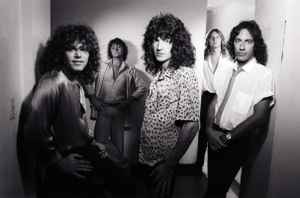 Real Name:
R.E.O. Speedwagon
Profile:
Rock band from Champaign, Illinois, USA. They named the band REO Speedwagon, from the REO Speed Wagon, a 1915 truck that was designed by Ransom Eli Olds. Doughty had seen the name written across the blackboard when he walked into his History of Transportation class on the very first day they had decided to look for a name. Rather than pronouncing REO as a single word as the motor company did, they chose to spell out the name with the individual letters each pronounced ("R-E-O").

August 1, 2020
My friend many years ago in high school, who was a fan of theirs, humorously called them LSD Dopewagon, presumably because most rock bands do drugs. Or maybe he was just being silly. I didn't ask. I still call them that but not derogatorily. They put on a great show to this day. Cronin has a ton of energy and connects with the audience.
See 1 reply