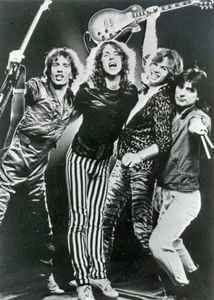 Profile:
Dutch hardrock band, existed from approx. 1982-1987. Most known for their song "Burning Heart", which even made it to the American charts. Adrian Vandenberg reformed the band with new members in 2019.