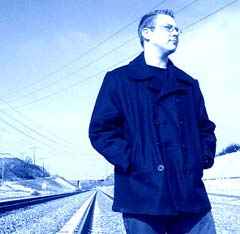 Real Name:
Joshua Collins
Profile:
From the deep, raw sounds of Chicago emerges one of the most captivating artists in the dance music scene. Over the past few years, Josh has become one of the most solid and enticing producers in the U.S., offering a consistent flow of releases that range from tech-house and house to techno. An extensive musical background and years of training in piano and cello have given Josh a strong platform to excel as a producer, remix artist and DJ. His interest in dance music was sparked circa 1989 by Bad Boy Bill and Julian Perez of the famous Hot Mix 5; his current musical inspiration comes from artists such as Massive Attack, Swayzak, and Mazi. His interest soon turned into a passion, and his first record was released in 1997. Over the years Josh has released several tracks on labels like Hooj Choons, Univeral [Japan], Nite Grooves, NRK / Honchos, Grayhound, Big Chief, Gourmet & his own label frik:n:frak recordings.

Now with more than 180+ releases, his sound, influence and style has reached nearly every corner of the globe. As his tastes and interest in music have been continuously expanding and growing, we can only anticipate what enticing and prevailing new things Joshua Collins will unleash to take us, and the rest of the world by storm.
Aliases:
[email protected], Infrared (2), Joshua Wyndham, Opaque (4), Wonderboy
In Groups:
Bad Mother F#ckers, BMF (2), Collins & Dunne
Variations:
Viewing All | Joshua Collins
DJ Josh Collins, J.Collins, Josh, Josh Collin's, Josh Collins, Josua Collins