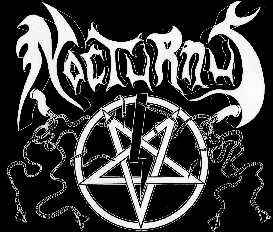 Profile:
Formed in 1987 in Tampa, Florida by former Morbid Angel drummer Mike Browning, Nocturnus stood out from the Death Metal crowd for their heavy use keyboards and science fiction themed lyrics (both virtually non-existent in extreme metal at the time).

Following the release of their second full-length album Thresholds, disputes emerged within the band regarding copyright ownership of the name Nocturnus, as well as lyrical direction. Following these altercations, Mike Browning left the group as the remainder of the band began writing their third album with Browning's replacement James Marcinek. Unfortunately shortly after this, Nocturnus were dropped from their label, Earache, and managed to release a two-track, self-titled EP on Moribund Records before splitting up in 1993.

In 1999, the band briefly reunited to release Ethereal Tomb, however by 2002 they had officially disbanded.

In 2013, Mike Browning formed Nocturnus AD as a reformed version (not a reunion) of Nocturnus that will continue on where "The Key" album left off. The band utilizes the same members as After Death but the music will be much more technical and in the vein of "The Key" album originall released by Nocturnus in 1990.
Sites:
Bandcamp, MySpace, reverbnation.com
Members:
Dan Izzo, Emo Mowery, Gino Marino, James Marcinek, Jeff Estes, Jim O'Sullivan, Louis Panzer, Mike Browning, Mike Davis (4), Richard Bateman, Rick Bizarro, Sean McNenney, Vincent Crowley