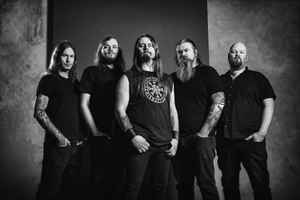 Enslaved are typically identified as viking metal. Their current sound (although characteristic of black metal) is very much influenced by the British progressive rock bands of the 1970s.

June 3, 2020
Cant`t find Ivar Bjørnson in the band member list. He is only listet in the band description.