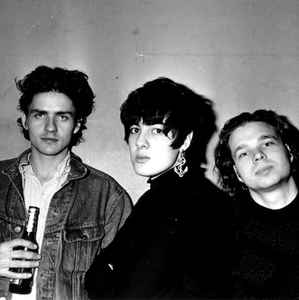 Profile:
Galaxie 500 was a trio: Dean Wareham, Naomi Yang, and Damon Krukowski. The band formed in Boston in 1987, and broke up in 1991. While the band was active, it released three albums on Rough Trade Records: Today (1988), On Fire (1989), and This Is Our Music (1990). Since the band’s demise, three additional archival recordings have also been released: Uncollected (rarities and outtakes, 1987-90), Peel Sessions (recorded for BBC Radio 1′s John Peel Show, 1989 & 1990), and Copenhagen (recorded live by Danish National Radio, 1990). The three original albums have now been remastered and reissued on LP, as they originally appeared. On CD, each has been packaged with one of the three archival discs as a bonus. These physical releases are available worldwide from 20-20-20.
Sites:
20-20-20.com, fullofwishes.co.uk, Bandcamp, reddit.com, Wikipedia, MySpace
Members:
Damon Krukowski, Dean Wareham, Naomi Yang
Variations:
Viewing All | Galaxie 500
Galaxy 500

we've all heard the crass joke about what it would take to reunite the Beatles. if you could reunite any band, who would it be? of course, you'll never get the Beatles or the Clash... and so on for obvious reason. so does it make it less difficult that some bands just choose not to play together anymore?

i missed the final Galaxie 500 tour (opening for Cocteau Twins) and simply assumed they would be back through town in months, never knowing i was missing what seems to be my last chance. soon after, they were done, and i was left trying to marry my Damon and Naomi records to my Luna records, with no degree of success.

Galaxie 500 had a certain simple magic, like being stoned in an unfamiliar part of town on a bright spring day. when they first played for Kramer (who would become their producer) he thought they were "retarded", playing their "two-chord drone". it's that musical brevity, nothing excessive (except the reverb) that reflects on that pop music punk sensibility, that draws a line back directly to the Velvets. i'm sorry. doesn't everybody always have to say something about VU?

maybe it was the era. maybe it was the drugs. either way, the songs were fabulous, the sound was epic. there is an undeniable charm about Galaxie 500. now that Luna is defunct, it's time for these old college kids to make amends, and a new record or two. hey Dean, Damon and Naomi, come back and ride the fiery breeze!