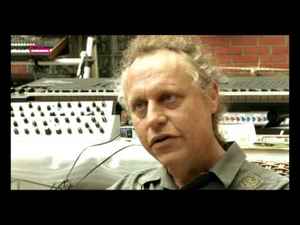 Real Name:
Herman Gillis
Profile:
Sherman is a pseudonym of producer Herman Gillis. Part of the Belgian trio called Morton, Sherman and Belluci, who were among the founders and most productive artists in the New Beat movement of 1987, releasing around an estimated 100 recordings in one single full year under a plethora of names.

He was one of the three main members in Poesie Noire, joining the band as a guitarist around 1986-87.

Also uses one of many false names in Boris Mikulic, a supposed former Yugoslavian band member of several other groups along with fellow native Ilya Dimitrijevic (Morton).