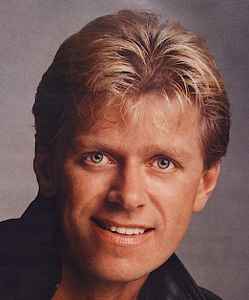 As the lead singer and bassist of Chicago, Cetera wrote some of the biggest hits of the rock and pop music era including “If You Leave Me Now,” “Baby, What a Big Surprise,” “You’re the Inspiration,” “Stay the Night,” “Feeling Stronger Every Day” and “Hard To Say I’m Sorry.” Of their 17 albums, three went platinum, nearly all of them went gold and their first four appeared on the best-seller list all at one time. At one point “If You Leave Me Now” was the #1 song in both the U.S. and Britain.

After a successful run with the group, mutual musical differences led to a parting of the ways. Cetera then realized a life-long ambition and launched his career as a solo artist. He won immense popularity and critical praise with his solo album, Solitude/Solitaire, which has the unmistakeable sound and romantic intensity he has been polishing his entire career. The first single released from that album, “Glory of Love,” hit the #1 spot on the charts. The song was written as the theme for “The Karate Kid, Part II,” and garnered both a Grammy Award nomination and an Academy Award nomination, and brought him the honor of performing at the Academy Awards ceremony. Another Grammy Award nominee and #1 hit from that album, “The Next Time I Fall” a duet with popular Christian singer Amy Grant, set the precedent for his surprising pairings with top-notch female vocalists.

For the umteempth time people! Peter Cetera was not an original member of Chicago. Down Beat Magazine October 29, 1970 issue states on page 12: " Bob Lamb compensated for the lack of a bassist by playing pedals on the organ. He was able to give his feet a rest when Pete Cetera joined the group" You can't look at the releases yes he was on their 1st album but they were a band before their 1st album. Also the band's original name was "The Big Thing" according to the article. I erased the previous dialogue because it got nasty with people insisting he was an original member so let’s start over everyone. Just because a musician is on their first album does not mean they’re original member....