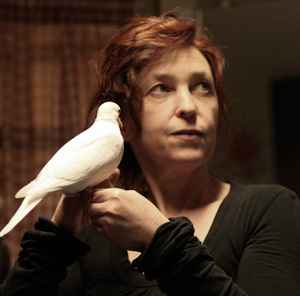 Profile:
Christine Ott is a french composer, pianist and multi-instrumentalist, also regarded as one of the world's leading exponent of the ondes Martenot. She was one of the brightest students of Jeanne Loriod, performed with numerous orchestras the repertory of Olivier Messiaen, Arthur Honegger or Edgard Varèse. She was part of the Yann Tiersen band for ten years, regularly collaborates with Tindersticks on Claire Denis movie soundtracks. She has published 3 solo albums between contemporary classical and electronic music, and several scores with her side-project Snowdrops (as for Manta Ray by Phuttiphong Aroonpheng - Orizzonti Best Film at Venice Film Festival 2018). She release a new LP on May 2020 entitled "Chimères (for Ondes Martenot)". The disc was born out of the desire of Christine Ott and NAHAL Recordings (curated by Mondkopf and Frederic D. Oberland from Oiseaux-Tempête) to offer an unprecedented album, entirely conceived With Ondes Martenot. A cosmic journey with cinematographic colours, which rubs shoulders with electronic stars and caresses incandescent planets.
Sites:
christineott.fr, Facebook, instagram.com, Bandcamp
In Groups:
Foudre!, Snowdrops (3), Theodore Wild Ride
Variations:
All | Christine Ott
Ott