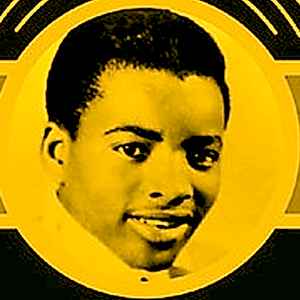 Real Name:
Titus Lee Turner
Profile:
Titus Turner (May 1, 1933 – September 13, 1984) was an American R&B and East Coast blues singer and songwriter.
His best remembered recordings were "We Told You Not To Marry" and "Sound-Off," plus he wrote "Leave My Kitten Alone," and "Tell Me Why.

Born in Atlanta, Georgia, Turner's debut single release in 1950 was "Where Are You" on Aladdin Records, billed as Mr. T and his Band.
In 1951 his follow-up "Stop Trying to Make a Fool Of Me" appeared on Regal Records.
He followed this a year later on Okeh, issuing eight tracks including "Got So Much Trouble." He had a spell with Mercury Records's imprint, Wing, but was not commercially successful until 1955, when Little Willie John recorded Turner's "All Around the World". The track, re-titled "Grits Ain't Groceries," was covered by Little Milton.

Turner and John then co-wrote "Leave My Kitten Alone", later covered by Johnny Preston, The Beatles and Elvis Costello. In 1959 the King label issued Turner's first hit single, "The Return of Stagolee," an answer song to Lloyd Price's "Stagger Lee". He repeated the trick with his next release, "We Told You Not To Marry," an antidote to Price's "I'm Gonna Get Married."
In 1960, Ray Charles recorded the Henry Glover and Turner co-penned song, "Sticks and Stones", which has also seen many cover versions over the years.

By 1961 Turner had his biggest solo success with "Sound-Off," which came from the only album he ever released. The track was described by Joel Whitburn in Top Pop Singles 1955-2002 as a "popular US Army marching drill chant," which was originally a #3 hit for Vaughn Monroe in 1951.

Later singles failed to find a market, and Turner recorded for a plethora of labels throughout the 1960s without further tangible success. These included "Eye to Eye" (Okeh, 1966).
In 1969 his self-penned track "His Funeral, My Trial" was his final release.