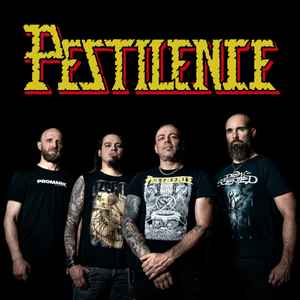 June 2, 2018
I strongly believe that everyone is entitled to their own opinion but I feel that it is necessary to comment on the guy on here who’s comment regarding the new 2017 Pestilence reissues/remasters went as far as to strongly advise people to stay away from theses releases and claiming they are”junk.” Well I can personally speak on behalf of 2 of these reissues and based on my experience with them I would say they are very well done both in terms of sound quality and aesthetic quality. I recently purchased the new reissue Vinyl versions of “Testimony Of the Ancients” and “Spheres” which happen to be 2 of my all-time favorite Death Metal albums and so I jumped at the chance of being able to finally own on vinyl. The reproduction of the original Dan Seagrave cover art on both of them is flawless and they really look great in vinyl format, not too dark and not too bright, just perfect. Then inside “Testimony Of the Ancients” you get a really cool cardboard 2 page inner lyric sheet with awesome rare band photos from that era which I really enjoy. Inside “Spheres” you get an inner lyric sheet with the original info in full color as well as a giant poster featuring the alternative album cover artwork which is also badass and perfect to frame and put on your wall of your rehearsal space or bedroom it just looks fantastic. Now to the sound quality, I also have the original versions of both of these albums (on CD) and comparing to the new vinyls it’s not even close. The new vinyl remasters sound way better than the originals in my opinion and if you want proof you can go hear for yourself if you head over to YouTube and you can hear at least 1 song from each of the Pestilence 2017 Hammerheart reissues if you just search for them. “Testimony” I always thought had a really good production courtesy of Scott Burns except that Tony Choy’s bass was almost non-existent, well on the new reissue at least it is brought up a little more into the mix but still not as much as it should be but that also may just be a problem with his performance on the album or the original Scott Burns recording. Other than the bass being partially better, the guitars sound clearer and thicker and the drums sound more pronounced as well. It’s just an overall better mix and brings out more of the greatness this album possesses. Now for “Spheres” this is the album that I noticed right away that was head and shoulders above the shitty sound of the original album. All the guitar notes are clearer and with less of a paper thin sound that hindered that awesome guitar tone I love so much about this album, but the biggest improvement is the bass guitar. You can now hear these amazing bass lines throughout the record like never before and it really gives this album a whole new life of its own. So if your a fan of Pestilence like me and absolutely love their classic early albums I definitely recommend you get these new reissues, don’t be put off by the guy saying they aren’t worth it because I now own 2 of them and I strongly disagree. We all know how hard it is to get original copies of these on vinyl and how expensive they can be but with these new reissues you seriously don’t have to. These sound great and they are completely unique remasters all their own and the packaging and artwork that comes with them is much improved as well and a must own for fans of the golden era of Death Metal! Go listen for yourself on YouTube if you don’t believe me and they sound even better than that if you get them on vinyl and play at home on your own audio system. I love these 2 that I now own and will definitely be buying the first 2 Van Drunen era Pestilence vinyl reissues soon. Take care everyone!
See 2 replies

I have to give my two cents regarding these 2017 reissues, as they are remastered...

I've just listened to the remasters and the originals of the first three albums side by side. I must strongly advise people to stay away from these reissues. They're junk, the remasters are vastly inferior sounding and very obviously so, it's night and day, no subtlety or audiophool nonsense about it. They're not only less dynamic but FAR less clear sounding, the guitars sound murky and buried, not cutting through the mix way they should. The only thing positive I can really say about the remasters is that stereo image is significantly wider sounding than the originals, but it isn't even remotely worth the trade-off with how bad the mix sounds as a whole... Very disappointing.

Don't take my word, listen for yourself, they're on Spotify. While the lower prices of these reissues will be tempting as a way to get your hands on these classic albums, I'm going to be avoiding them and strongly advise anyone who cares about sound quality to do the same. Hammerheart fucked this up royally. Why did these albums that already sound great need remastering? If it ain't broke don't fix it.