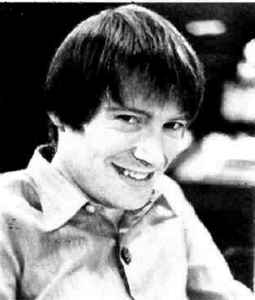 At the age of 16 he worked as a sailor for four years. During that time he learned to play the guitar. At twenty Adrian moved to Liverpool, where, initially as a member of 'Cass and the Casanovas' (that subsequently became The Big Three), he stood out in clubs as a technician, alongside such bands as Gerry & The Pacemakers and The Beatles, building amplifiers for the Liverpool groups.
Thanks to his talent as with equipment he became The Beatles’s sound technician, first in Hamburg and then on The Beatles' first US tour. In 1964 Adrian went to live in the US, where, after working with Joey Dee & The Starliters, joined Atlantic Studios as an engineer and producer as well. Adrian was also involved in management as a partner in ABBT Music Company, which he formed with Bruce Tergesen. Whilst a student in Liverpool in the early 1960s, Barber smashed up a sculpture at an exhibition by the then well known working-class artist Arthur Dooley. It later transpired that the artist himself (Dooley), had coaxed Barber into doing it as a press stunt.

Barber identified his stereo cuttings at Atlantic by adding three dots above and one dot below a "W" in the runouts (see images).
The 3 dots were sometimes triangular (∴) and other times horizontal (···)
The mono cuttings show a single dot (.) under the W
(The "W" indicates that the blank lacquer disc was made by Audiodisc and is not related to Barber per se).
Sites:
Wikipedia, rickresource.com
In Groups:
The Big Three
Variations:
Viewing All | Adrian Barber
..., ...W., A. Barber, Adrian Butler, Adrian The Barber, Andrian Barber, Barber, W, ∴W·