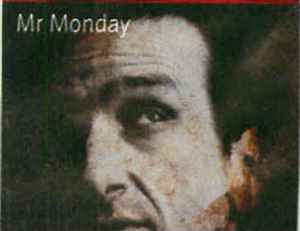 Real Name:
Simon Monday
Profile:
Simon Monday has been and seen through the beginnings of acid house. In 1981 he bought his first synth; spending a few years figuring out how to make more than just gurgling/farty sounds and trying to emulate his then heroes DAF, PIL and Giorgio Moroder. In 1984 he moved to London to further get into electronic music – meeting people including Mix Master Morris and Tony Thorpe. In 1986 he bought his first sampler and began working with Thorpe on some of his early house compilations. “Keep On” was Monday’s first production, released on Greedy Beat Records under the name Mister Monday. In 1989 a young Judge Jules heard the somewhat bitty 12” version of “Keep On” and asked Greedy Beat if he could collaborate on a reworking of the track, which turned into the well received “Appreciate” featuring vocals from former flatmate and Colourbox singer Debbigne Curry.

Invites to perform live followed, including London’s ubiquitous Solaris and the very first Live at the Brain Performance - an association with Sean McKlusky (Sonic Mook) which led to the co-production of Sean’s then band IF with “Saturday’s Angels” becoming a firm favourite with the Boys Own contingent and getting the band a major deal with MCA and Glasgow’s legendary Sub Club run by Slam Boys Orde and Stewart. 1990 saw the initial release of ‘a mega rave anthem’ “Future” on Judge Jules and Roy The Roache’s fledgling Elevation Inc Recordings. Beset by teething problems and bankrupt distributions, few copies made it into the shops making it a coveted rarity amongst DJs and ensuring it’s status as a classic with DJs like Tony Humphries - who would finish his legendary sets with it for many years to come. In 1992 Monday formed Jetslags with Adamski and Hathem Al Sayed of Sensor. They made one record “Be Strong” featuring vocals by Elliot Sly of Sly & Lovechild and a few remixes – for Afrika Bambaataa and The Village People. They did their first live set at Love Ranch where Monday met Emerson for the first time. Also about this time, they were asked by Mark Stewart to collaborate on some studio material and live stuff, which meant several trips to Japan and Australia. Said album was co-produced with ON/U dub master Adrian Sherwood who in turn invited an ongoing collaboration with Monday that has included remixes for Garbage, Blur, Placebo, H17, Death in Vegas, The Cure and productions including Primal Scream & Sinead O’Connor. Along with tracks on Adrian’s self penned release – “Never Trust A Hippy” and the intended Mark Stewart Album.
Aliases:
Simon Monday, Simon Munday, Simon Mundey
In Groups:
Jet Slags, Random House Project
Variations:
Viewing All | Mr. Monday
M. Monday, Mister Monday, Monday, Mr Monday