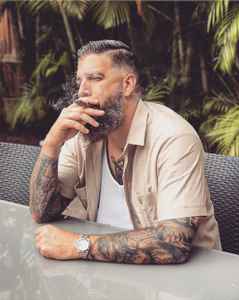 Real Name:
Oscar Gaetan
Profile:
Starting back in '91, Oscar G and his partner Ralph Falcon released a string of underground classics that would earn them a place in the hallowed history of House, forever. When Liberty City's "Some Loving" and Interceptor's "Together" dropped on their Murk label, Danny Tenaglia and Junior Vasquez executed their magic and, in giving these records their full support, played these songs into anthems.

As half of the Murk boys, Oscar G remixed pop icons Madonna to The Pet Shop Boys, as well as many more 'underground' acts; not to mention his many and varied productions in his own right as an artist. Also part of Funky Green Dogs, whos 3 #1 Billboard smashes were "Fired Up", "The Way" & "Body" as well as winning 4 ASCAP songwriter awards.

His success as a producer/songwriter noted, Oscar's true passion is DJing. In addition to his longstanding Saturday night residence at Miami's premier Club Space, he has played at the legendary Twilo and Vinyl. As a global DJ he has played destinations from Pacha in Ibiza, Ministry Of Sound and Heaven/Under The Arches in London, Tokyo's Yellow to Echoes in Italy - to mention just a few. He also continues to remix, produces solo a well as work and remixes with Murk and other projects. Oscar has released half a dozen acclaimed DJ Mix CD's in the last five years; with the latest being: the Nervous (2007)/CR2 (2008 & enhanced with a 3rd disc a DVD: "Addicted To Drums") release "Oscar G Live & Direct Space Miami".