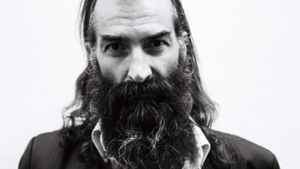 In 1986 he had is first project called These Future Kings, then there was a big silence around him. In 1992 he joined Blackeyed Susans but left them already in 1993. Also in 1992 he was part of Busload Of Faith and Kim Salmon And The Surrealists and he founded his current band Dirty Three. In 1994 he was also part of Kim Salmon's STM and David McComb And The Red Ponies. In 1993 he joined Charles Marshall And The Body Electric of who he's still a member and in 1996 he joined Nick Cave & The Bad Seeds of who he's also still a member.
Sites:
Wikipedia
In Groups:
Blackeyed Susans, Charlie Marshall And The Body Electric, Dirty Three, Grinderman, Kim Salmon And The Surrealists, Nick Cave & The Bad Seeds, Nick Cave & Warren Ellis, STM (2), The Bootleggers (3), The JLP Sessions Project, The Moron Tabernacle Choir
Variations:
Viewing All | Warren Ellis
E. Ellis, Ellis, Hillis, W. Ellis, W.Ellis, Warren, Warren Lee Ellis