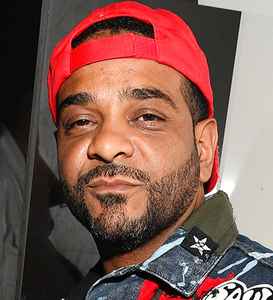 Jones was raised in Harlem, New York by his maternal grandmother. His mother Nancy Jones is from Aruba, while his father Joseph Guillermo Jones is from Puerto Rico. his mother would allow him to ride the train from their residence at 176th Street and Jerome Avenue to 110th Street and Lexington Avenue. He attended Catholic school but later began skipping church to loiter and play hooky at the train station.

In 2004, he released his solo debut album On My Way to Church. The release of his second album, Harlem: Diary of a Summer in 2005, coincided with Jones landing an executive position in A&R at E1 Music. A year later he was on his third album Hustler's P.O.M.E. (Product of My Environment) (2006), which spawned his biggest single to date, "We Fly High". The song reached number five on the US Billboard Hot 100 chart and was certified platinum by the Recording Industry Association of America (RIAA).