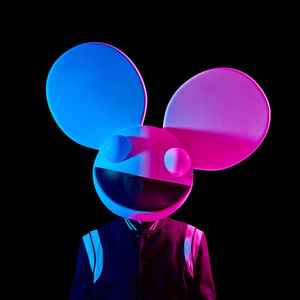 Real Name:
Joel Thomas Zimmerman
Profile:
Born (January 5, 1981) and raised in Ontario, Canada, Joel Zimmerman is a Progressive House/Minimal Trance and Techno Producer and DJ.
His personal label is called Mau5trap Recordings and was born in 2007.

The name deadmau5 (pronounced dead mouse) comes from an incident where a mouse crawled into Joel Zimmerman's computer.
Dead mouse was too long for a site login name so he abbreviated it to be "deadmau5".

His first official release dates back to 2000 under the alias Dred And Karma.
He produced and remixed more than 300 tracks since about 2005, the same year he released his first album under the name deadmau5 "Get Scraped".
Deadmau5 first gained popularity in 2008, when he released "Random Album Title" signed by Ultra Records and Ministry Of sound for the European country. "Faxing Berlin", "I Remember" and "Not Exactly" were the main hits and with that album he change the ways of american progressive house and electro house in general.

During the years he always remixed some tracks and produced music with other friends: BSOD (2) together with Steve Duda and WTF? with also Tommy Lee and Chester Deitz.
His albums between 2008 and 2010 contains some of his bigger hits and deadmau5 was acclaimed and wanted all over the world.

In 2010 he also launched his personal Cube Live tour composed by a big led cube and a led 'mau5head' where he performs with live set and instruments like Moog voyager, Nordlead etc. Since then he has completed many more live tours with various versions of the Cube, with the most recent being the Cube 3.0 tour which began in late August 2019.

April 29, 2018
Wish Joel would come back with some new releases in all honesty. There's never nothing that sounds quite like his music.
See 2 replies

October 16, 2016
Coming back to his best period 2008-2001, he produced music with a quality above everyone. He transformed the electro music and the EDM scene. He helped to create the dubstep sound in 2010 with Raise Your Weapon / One Trick Pony (on 4x4=12 album) and with Skrillex as open act in his US tour (and his first EP on mau5trap rec). He produced more then 300+ tracks in any style. He used analog instruments with big quality production (some of them in singles/EP).
Yes, i agree, when someone define him one of the best electronic music artist in the World.
See 1 reply

June 2, 2016
A fine artist for what he is. Has a couple of great songs and good albums. There is no where else for his career to go to at this point. I don't understand the hate some have for him. There are far more offensive acts out there, I feel. All in all, he makes for a good introduction in electronic music. Just know when to find someone that is better if you're not feeling it...

May 2, 2016
The first thing that you should note is that I am NOT a house lover ( I rather Prefer Breakbeat and Breakcore ) so don't take this comment as 100% unbiased.

I bought two of his albums ( 4x4=12, while(1<2)) and I have got to say, they are not that bad. Probably my biggest complaint about this guy is that some of the tracks (especially on the 'while(1<2)' album) are just a bit too repetitive, but other than that, it is all good. my favorite tracks by him are Animal Rights and Ghosts 'n' Stuff.

This guy should release a vinyl box set of his albums, that would be awesome :o

September 24, 2012
One of my favorite artists, I just hope that he will go back to his old stuff.

March 31, 2012
I will be defending Deadmau5 since I've been a fan of him since when he had a much smaller fanbase than he does now. As a fan of him for a long time, I must say that his style of music hasn't changed at all. Sure he may be trying out other styles of music such as electro and dubstep, but when he will make a progressive or tech-house production as he has done in the past, he will sound like the same Deadmau5 that I discovered a while back. It's hard to say as to whether he has gone mainstream or not, since he hasn't made crap for the talentless elite that rule today's airwaves; as was the case unfortunately for David Guetta. Regardless, I still see him as the same person that I began to appreciate when I first listened to Random Album Title and will continue to do so for a while.

November 17, 2010
Don't really fancy this dude. But he has millions of fans, so why should you care of my opinion?
See 4 replies