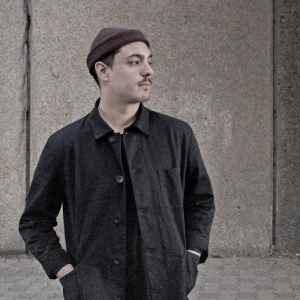 Real Name:
Valentino Canzani Mora
Profile:
Valentino Canzani aka French Fries' story begins in 1975, when his parents escaped from Uruguay, which had just come under dictatorial rule, and fled first to Argentina, then to Paris. French Fries' father Pajaro Canzani had been a superstar multi-instrumentalist and producer in Uruguay with his group "Los Javais" (think psychedelic Beatles). Once in Paris, his father reconstructed a fully-equipped studio complete with drums and various percussion instruments, which enabled Valentino and his sister (Piu Piu) to familiarise themselves with rhythm and recording techniques from a very young age.

So began Valentino's musical education and he exercised his talent as a drummer until the age of 14. Like a lot of city kids, he was a big fan of both basketball and American rap. It was at this time that Jonathan Chaoul (aka Ministre X and co-founder of ClekClekBoom) introduced to him to house music and all its sub-genres: baltimore, ghetto tech, the sound of Brazil's favelas…it was also at this time that French Fries' production work underwent a major change when he met Bambounou, who would become his new writing partner. Their musical complicity permitted the two friends to constantly improve their production skills and refine their sound, with each bringing new ideas and techniques to the table to create their own brand of club music, which was far removed from the hard electro style popular at the time.

In 2010, French Fries released his first EP "Arma" on the young Parisian label Youngunz. This would inspire him to found his own label, ClekClekBoom, along with Adrien Creuse (aka Mr Boo) and Jonathan Chaoul. The first EP contained the underground smash "Senta", a minimalist, ultra-percussive ghetto track with a hint of South America, championed by the likes of A-Trak, Bok Bok and even Calvin Harris. This success landed French Fries firmly on the map of upcoming producers and led to remixes for artists as diverse as Girl Unit, Greenmoney, Scrarcha DVA, Surkin, Hot Natured, Skrillex, Xxxy and Justin Martin.

In 2011, Valentino further refined his approach to dance music with the EP "Champagne / Hugz", a more pronounced reflection of his love of Chicago ghetto house and labels such as Dance Mania, infused with the influence from the UK bass scene and labels such as Nightslugs and Hessle Audio. In addition, the EP was the first release by ClekClekBoom Recordings.

The B-side contained the first collaboration between French Fries and his friend Bambounou on the track "Hugz", the result of much time spent together by the two young producers in the studio, correcting and improving each other's work. Valentino then started touring throughout Europe, including many dates in England, where his excellent Boiler Room set served to further augment his profile. It was during this set that Valentino first played "Yo Vogue", which subsequently entered heavy rotation on Rinse FM. The stage was now set for French Fries to expand his new sound. Claude VonStroke quickly took notice and asked French Fries to compose tracks for his prestigious Dirtybird label. Naturally, the first single was “Yo Vogue”, a sexy, New York ballroom-influenced, dancefloor-friendly track which was played out by DJs spanning many diverse musical genres. Following this success, French Fries embarked upon his first North American tour. Meanwhile, he continued to develop his ClekClekBoom label, with releases by Bambounou, Manaré, Coni, Jean Nipon and New Zealanders Chaos in the CBD, all of which contributed to furthering the new vision of French club music. Valentino further explored his influences with his white label release “What to do / One Thing”, a blend of Amerie-style RnB and throbbing Bangalter house music, tied together by a UK Garage stylistic approach. He further continued his collaboration with Dirtybird via his “Space Alarm” EP, which was released in 2012. This was an important release for Valentino, as it incorporated analogue machines, which changed his way of thinking about and producing electronic music. It was also at this time that he started developing a new Sci-Fi influenced sound, whilst retaining traditional ghetto-house patterns. These cold and robotic sounds are harmoniously enveloped within a production that is warmer and richer than ever.

French Fries began 2013 with the release of his “Everything” EP, which accentuated his arid, bare-bones production approach, whilst also retaining a warm club appeal. Next up was the first ever ClekClekBoom compilation, “PARIS CLUB MUSIC VOL 1”, which was released on cd and double vinyl and followed by a european tour with entire label’s roster. Valentino followed up this compilation with yet another EP, “Drums / Traxx”, which skillfully incorporated new tools such as the Minimoog Voyager and the mythical Drumtraks. The B-side, “Traxx”, was recorded in a single all-night jam session with Chaos in the CBD. As is his habit, Valentino recorded his own voice to create a wild and sexy club hit in the same vein as 90s releases by underground labels such as Dance Mania.

At only 22 years old, French Fries kicks off 2014 with the release of his first album, “Kepler”, the consummation of his varied influences and continuing musical evolution. This stellar album is a result of Valentino’s desire to create a coherent project, with 13 tracks centred around a common theme. It is a project based on the story of the synthetic world of planet Kepler 62e and the artist’s attempt to create something organic within this dystopia. The idea is to illustrate this struggle through the use of analogue machines and diverse variations based on this imaginary scenario. Two tracks from the album, “Machine / Bug”, were released as an EP in early December 2013, with the LP to follow in february.
Sites:
discogs.com, Facebook, SoundCloud, Twitter, residentadvisor.net
Aliases:
Valentino Canzani Mora, Valentino Mora
Variations:
Viewing All | French Fries
FF, FrenchFries