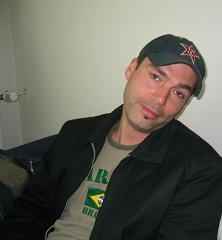 Real Name:
Volker Thiel
Profile:
Twintone by his own name Volker Thiel is a german music composer. His most most well known works were released on German record label called Position Chrome (owned by Panacea). He there released his first two albums. There was supposed to be third as well but it wasn’t released because the label had extensive financial problems and from this point ceased to exist. Twintone is still active as a Producer.