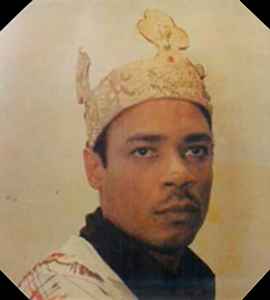 Real Name:
Osbourne Ruddock
Profile:
Born January 28th 1941, King Tubby is known primarily for his influence on the development of dub in the 1960s. In the 1950s, King Tubby's musical career began with the sound systems, set up on the streets of Kingston and playing dance music for the people. As a radio repairman, Tubby soon became quite helpful at most of the sound systems around.

Tubby began working with Arthur "Duke" Reid in 1968. At Treasure Isle, a studio, Tubby began making remixes of hit songs, usually by simply removing the vocals. In time, Tubby (and others) began shifting the emphasis in the instrumentals, adding sounds and removing others and adding various special effects, like echoes, feedback and filtering. By 1971, Tubby's soundsystem was one of the most popular in Kingston and he decided to open a studio of his own. His remixes soon proved enormously popular, and he became one of the biggest celebrities in Jamaica.

During the 1970s, Tubby's work in the studio gave rise to modern dub music. He had a long string of hit songs, and worked as a producer for some of Jamaica's most popular artists, including Lee Perry, Bunny Lee, Augustus Pablo and Yabby You. In 1973, he began recording vocals to put along the instrumentals. By the later part of the decade though, King Tubby had mostly retired from music, still occasionally recording remixes and tutoring a new generation of artists, including King Jammy and Scientist.

June 8, 2003
Jamaica- birthplace of the 'remix' and some of the world's most talented musicians, King Tubby among them. His legendary studio produced countless brilliant dubs, many of which would never see the outside world. His talent for remixing and remastering earned him worldwide fame and recognition, which survived his assassination in a robbery attempt outside of his Waterhouse home in February 6, 1989. The list of artists he influenced is innumerable, many not even discovering his amazing work until after his tragic death. Osbourne "King Tubby" Ruddock will forever reign on the throne of Dub, and is truly a legendary musician. He left his mark upon the world of electronic dance music, arguably before it even existed.