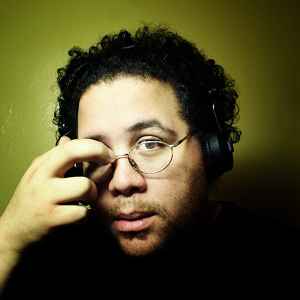 Real Name:
Richard Alexander Caraballo
Profile:
Richard Alexander Caraballo began his minusbaby project in 1999 to explore the diversity of a lo-fi, compositional aesthetic and has since progressed experimentally in its scope to include elements guided by those roots and a sonic language representative of his influences, namely: the art of bass and how it moves asses.

In addition to music, he is a prolific pixel artist who, since 1999, has been largely responsible for defining the unique aesthetics of the modern 8-bit creative movement. Spearheading the visual identities of 8bitpeoples, Pulsewave and the Blip Festival has contributed to making his work ubiquitous to the public's perception of chip music and art. His work, which he has referred to as, “a practice in primitivism, but mostly a stab at trying to continue several traditions at once,” is often guided by a central idea meant to be triumphed by the individual.

Combining his love for type, patterns and limited palettes, minusbaby has developed his own unique visual and musical languages where rather than easing into common trends, he utilizes multiple sources outside of video game culture to broaden both his and the movement's repertoire so as to expand the canon and avoid Super Mario cannons.
Sites:
minusbaby.com, caraballo.info, SoundCloud, ello.co, 8bitpeoples.com
Aliases:
Richard Alexander Caraballo
In Groups:
Catfield