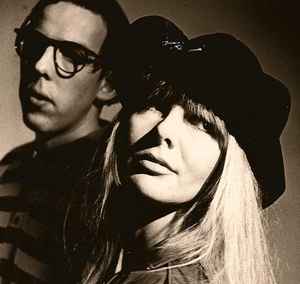 Profile:
Cola Boy was a duo consisting of Janey Lee Grace and Andrew Midgley. Andrew had worked with Bob Stanley and Pete Wiggs on studio material in their pre-St Etienne days in the late 1980s. Janey had been a backing singer for numerous pop acts, including Wham! and Patsy Kensit’s Eighth Wonder, and was a radio broadcaster on LBC.

Sarah Cracknell sang the vocals on the original white label version of 7 Ways. After that initial batch sold out, it was re-recorded with vocals by Sarah’s friend Janey Lee Grace, as Sarah was under contract to another label and was not permitted to sing on non-St Etienne releases.

Janey’s version of 7 Ways is the one that was subsequently picked up and released by Arista Records, but in the meantime the original Sarah version was heavily bootlegged, costing Arista many thousands of sales. A further Cola Boy connection with Sarah was that the duo were managed by Sarah’s mother, who had previously worked with and managed a number of acts, including Wee Papa Girl Rappers.

There was a second Cola Boy single, He Is Cola, which was spectacularly unsuccessful. That fulfilled the two-single deal with Arista, and the contract was not renewed.

With other labels interested in picking them up, Janey was keen to continue working on new Cola Boy material, but Andrew had by then started work on a new project, Blinder, and was writing darker, non-pop dance material.