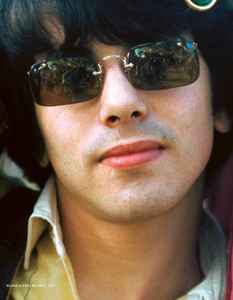 Born 3 January 1943 in Hattiesburg, Mississippi, USA, Parks has spent over 40 years in music. He attended the American Boychoir School in Princeton, N.J. He first studied clarinet. He spent two years at Public School, and studied piano at Carnegie Inst, where he went on to major in music, in Pittsburgh, Pennsylvania,'60-'63.

May 4, 2011
First Van Dyke Parks first 7 inch single released 16th May….
Van Dyke Parks will be playing on 15th and 16th May with Clare and The Reasons at the Button Factory and Union Chapel respectively… the only place where you will actually be able to buy the first edition of the singles mentioned in this article…
http://www.factmag.com/2011/05/03/van-dyke-parks-plots-7-series-with-art-from-ed-ruscha-and-more/
Reply Notify me Helpful