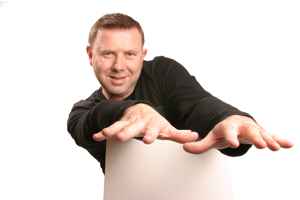 Real Name:
Didier Maurin
Profile:
Pioneer of french "FM", Didier Sinclair started his career in 1982 on different local radios of Montpellier as animator and DJ. In 1984, he starts to work for NRJ radio station in Montpellier and two years later for FUN Radio.
From 1987 to 1991, Didier has a residency in the gay club in the south of France: "Le Phébus". He becomes, then, one of the precursors of the House music movement. All these reasons in addition to his success makes him coming to Paris at the end of 1991. In 1992, Radio FG, the first radio that adopted an electronic music concept in France and worldwide, propose him a daily mix show. In 1993, Didier Sinclair is in charge of radio FG musical programmation.
In October 1994, Didier leaves Radio FG to contribute to the development of Going Global Series (G.G.S), an electronic music label created and owned by BARCLAY (UNIVERSAL Group) which is today Sound of Barclay (S.O.B).
In march 1997, Didier is elected the 4th best french DJ according to referendum's results of CODA Magazine.
In October 1997, He joins back the Radio FG Djs' team and takes in charge, in september 1998, the musical programmation.
Didier Sinclair is from that moment on, one of the principal DJ of the French house scene exporting his talent worldwide to every major city.
He sadly passed away from lung cancer on Oct. 30, 2008.
Sites:
MySpace, Wikipedia
In Groups:
Didier Sinclair & Chris Pi, Mont Blanc (2)
Variations:
Viewing All | Didier Sinclair
D. Maurin, D. Sinclair, DJ Didier Sinclair, DJ Sinclair, Dider Sinclair, Didier Sinclar, Lidy V