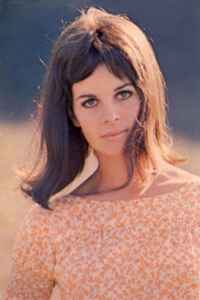 Real Name:
Claudine Georgette Longet
Profile:
French actress and singer born in Paris on January 29, 1942.
She met Andy Williams while on a dancer job with Les Folies Bergères in Las Vegas.
She then appeared in Andy's TV shows and got a few acting gigs, most notably in Blake Edwards' classic The Party starring Peter Sellers, in which she performed Nothing To Lose, written by Henry Mancini.
She recorded five albums of loungey cover versions for A&M Records, and a further two on Andy Williams' own Barnaby Records.
She made the headlines in March 1976 when she shot to death her then boyfriend, ski champion Vladimir Sabich, in Aspen, Colorado. Claiming it was an accident that happened while Sabich was teaching her how to shoot she was sentenced to 30 days in jail.
She soon after married the lawyer that defended her during the trial.
Sites:
onamrecords.com, Wikipedia, Bookogs, 45cat.com
Aliases:
Claudine Williams (2)
Variations:
Viewing All | Claudine Longet
C. Longet, Claudine, Cloudine Louget, Longet, クロディーヌ・ロンジェ, クローディーヌ・ロンジェ