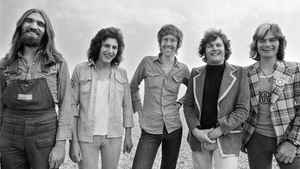 Profile:
Strawbs (or The Strawbs) are an English rock band founded in 1964, led by Dave Cousins. Although the band started out as a bluegrass group they eventually moved on to other styles such as folk, folk rock, (briefly) glam rock and progressive rock. Members included Sandy Denny (who later went on to join Fairport Convention), Rick Wakeman (who was discovered whilst in the Strawbs, joined Yes and has had a lengthy solo career), Richard Hudson and John Ford (2) (who wrote "Part Of The Union" and then spun off as Hudson-Ford).