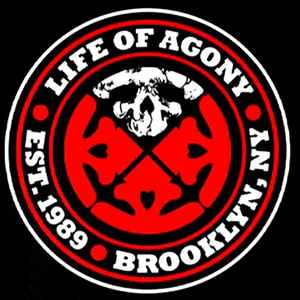 Profile:
Life Of Agony is an American Hardcore / Alternative Rock band from Brooklyn, NYC, formed in 1989. After some lineup changes (Sal Abruscato left the band in 1995 - replaced by Dan Richardson / Keith Caputo left in 1997 - replaced by Whitfield Crane) Life Of Agony split for the first time in 1999.

The original lineup reunited for two sold-out NYC shows in January 2003. Several concerts followed. In 2005 the band released another studio album.
In February 2012 Sal Abruscato confirmed the end of the band, however they reunited again for a show in Belgium on 8 August, 2014.

Their other 3 albums (4th, 5th and 6th) are in the same style as their previous one.