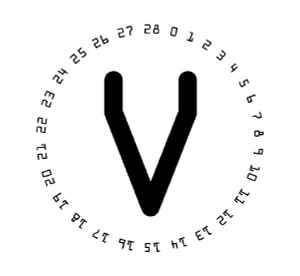 Profile:
V:28 is a Norwegian half-human half-machine band, formed by Kristoffer Oustad and Eddie Risdal in 2002. The band has strong influences from the death and black metal scene, as well as industrial and ambient soundscapes. Atle Johansen was recruited as a permanent bass player in 2003. V:28 did their first performance as support for Enslaved in 2002, and in 2003 they released their debut album "NonAnthropogenic" on Vendlus Records, which was the first in a trilogy based on a prophecy on the deconstruction and transformation of Earth. The second album, "SoulSaviour", was released in 2005, and the final instalment of the trilogy, “VioLution”, was released in 2007. All the albums had been produced in collaboration with LRZ, known from the industrial metal pioneers Red Harvest. In 2008 V:28 announced their demise. To mark this, the band released a remix/remake album on Cold Meat Industry and did a farewell tour through Europe.
Sites:
Bandcamp, Facebook
Members:
Atle Johansen, Eddie Risdal, Kristoffer Oustad