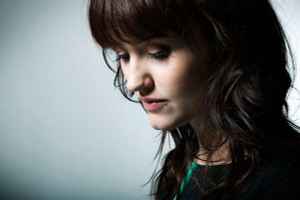 Real Name:
Ragnheiður Gröndal
Profile:
Ragnheiður Gröndal, also known as Ragga was born in 1984. She started singing and playing piano at an early age. She graduated from FIH music school in Reykjavik in 2005 and in 2006-2007 she attended the New School for Jazz and Contemporary Music in New York with emphasis on jazz performance. She has published 4 solo albums.
The first one "Ragnheiður Gröndal" in 2003 includes songs from the jazz standard song book accompanied by Icelandic and Danish jazz musicians. The second one "Vetrarljóð" (Winter Poems) includes Icelandic pop music (genre: easy listening /adult contemporary) and there Ragga steps out as a songwriter with 4 original songs, including "Landgangur" that can be heard on this page. The third album is called "After the Rain" and on that one all the music is written and produced by Ragga. The fourth one is called "Þjóðlög" and is an experiment with the Icelandic music heritage.
In 2004 and 2005 Ragga won the Icelandic Music Awards as "Best New Artist" and "Singer of the Year" and Vetarljóð was awarded "Album of the Year".
Ragga's latest project is an album with Icelandic composer and bass player Tómas R. Einarsson called "Trúnó" - including latin-jazz songs put to modern and classical Icelandic poetry.
Ragga is finishing her fifth solo album and it will be published in Iceland in the middle of November 2008 - the album is called "Bella and her Black Coffee" and includes original music and lyrics that Ragga was working on while she stayed in New York City.
Sites:
rgrondal.com, MySpace
Variations:
Viewing All | Ragnheidur Gröndal
Ragga Gröndal, Ragga Gröndal & The Icelandic Folk Ensemble, Ragnheiður Gröndal