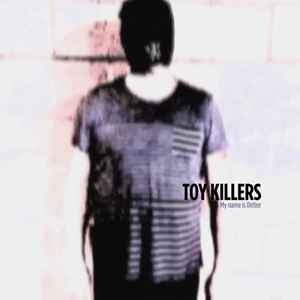 Profile:
The Toy Killers were founded in New York City during the late '70s by percussionists Mark E. Miller and Charles K. Noyes. While better known to many listeners for their appearances on recordings by the likes of John Zorn, Bill Laswell, and Elliott Sharp, among others, Miller and Noyes also gained notoriety for their wild and unpredictable live performances under the Toy Killers name. Firecrackers and other explosives often featured in these largely improvised performances, which took place at downtown New York venues such as the Kitchen and Miller's own venue, Mort's Social Club (also known as MortSocial and Studio Henry at various points). The group's lineup featured a revolving door of talented noisemakers: Sharp, Arto Lindsay, Thi-Linh Le, and Nicky Skopelitis on guitars; Wayne Horvitz and Michael Beinhorn on keyboards; Laswell on bass; and Zorn on saxophone and game calls, to name just some of the contributors.

With these (and other) musicians fluidly coming and going, the group remained an active live entity throughout the early '80s. Based on the lineup, the group's music could run the gamut from no wave skronk (à la Lindsay's DNA) to percussion-heavy semi-tribal post-dance music. However, there were few Toy Killers recordings available during this era to document their ever-mutating sound. These recordings included a few scattered compilation tracks -- including one on the 1984 Homestead compilation Speed Trials -- alongside Sonic Youth, the Beastie Boys, and Lydia Lunch -- as well as a cassette, Humdrum, which was not well distributed.

The Toy Killers went on an extended hiatus beginning in the late '80s, with Miller ultimately moving to California and actually playing in a wedding band there during the '90s. However, Miller got back into the world of improvised music during the mid-2000s as he connected with Bay Area improvisers such as Henry Kaiser, Rova's Larry Ochs, and the Flying Luttenbachers' Weasel Walter. The latter persuaded Miller to hand over his old recordings of The Toy Killers for the purpose of making a CD, which became a finished product in late 2008. The CD, entitled The Unlistenable Years (ugEXPLODE), consists of 25 tracks recorded between 1980 and 1983, most of which were previously unreleased. Around the time of this CD, a revamped lineup -- featuring Miller and Noyes along with Beinhorn and newcomers Walter and Kaiser -- was in the process of recording a new album under the Toy Killers name.
Artist Biography by William York
Sites:
toykillers.fr, atypeekmusic.com
Members:
Arto Lindsay, Bill Laswell, Charles K. Noyes, Christopher Walter, Elliott Sharp, Henry Kaiser, John Zorn, Larry Ochs, Mark E. Miller, Michael Beinhorn, Nicky Skopelitis, Thi-Linh Le, Wayne Horvitz, Weasel Walter

No-Wave concentrate that evokes Jaap Blonk fronting Liquid Liquid at Joanna Went's house.
Disrespectfully unmusical instrumentals describe something you can't hear in a commitedly snarky matte-finish that flaunts an abrasive, dangerous grit...
...high heels stumble over (empty) wax-papered heroin packets, shards of beerbottle and stupid fucking sunglasses inadvertantly knocked from the grasp of someone from uptown who didn't know what they were in for.
Mark Miller is the Norman Mailer character, in it for all the wrong reasons.