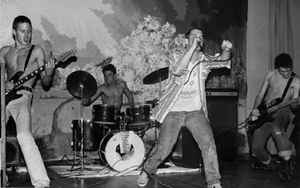 Profile:
Fast hardcore band formed in Weymouth, MA in 1981 by Kurt Habelt, Henry McNamee, and Rob Williams, adding ska band saxophonist Kevin Mahoney on vocals in 1983. In 1984, Siege went into Radiobeat studios to record a demo with Lou Giordano. The three songs from that demo that appeared on the 1985 compilation Cleanse the Bacteria were the only "official" release by the band until Relapse put out their demo in 1993. Siege called it quits a year or so later.