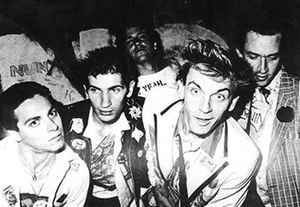 Profile:
The Weirdos were an American punk rock band from Los Angeles, California. They formed in 1976 and broke up in 1981, were occasionally active in the 1980s, and recorded new material in the 1990s.

The band was formed by singer John Denney and his brother Dix on guitar; they were the only constant members, though guitarist/bassist Cliff Roman, bassist Dave Trout and drummer Nickey "Beat" Alexander were relatively long-term Weirdos.

They were originally an art rock band formed in 1976, and were featured in a news article featuring punk rock groups in Time magazine and so the "punk" label stuck.

April 29, 2022
anyone know what this band has been up to as of recent? last thing i could find is from 2018 and i need my fix of weird
Reply Notify me Helpful

Favorite Artists by sombrio
Favorite Artists by aeonpharos
“The Encyclopedia Of Punk” by crimsonmetal74
New Wave 1976-1980 by A.Lion
Favorite artists by patlebouc
Bands I Have Seen Live by Xopher.tm
1000 Bands I've Seen Live by spacemanfromthepast
Bands I Saw Before I Turned 21 by mr.dna
Bands I Have Seen by harkusinatra
Artists in My LP Collection by sillypenta
View More Lists →