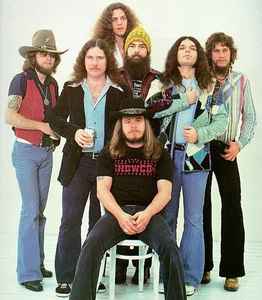 This band began as a liberal-thinking band with conscious lyrics about drug and alcohol abuse and guncontrol and morged into a redneck right-wing pro-guns and nationalistic pro-american (Red, White and Blue?) circus. The band with Ronnie and the band with Johnny seem like two totally different bands.

Also the new band has too many outside writers and producers working for them. The new band seems rather a brand or a company (with almost all members replaced with new young people) than an actual band.

For me the band stopped existing in 1977 (with the plane-crash). The new band has some okay albums (The Last Rebel springs to mind), but is mostly country-pop with too much Rickey Medlocke and too much Johnny van Zant. They sound more like .38 Special and Survivor than like Free and Rolling Stones like they did in the seventies.

These are just my thoughts.