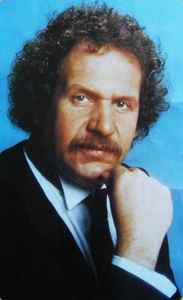 Real Name:
Mortimer Shuman
Profile:
Brooklyn born songwriter and pianist. Born 12 November 1938 in New York City. Died 2 November 1991 in London, England.
Worked together with Doc Pomus. Their collaboration's output include classic such as Elvis Presley's "Surrender" and "His Latest Flame" or Drifters "Save The Last Dance For Me".
During a stay in Paris, he met Jacques Brel whose songs he adapted in English and made into the "Jacques Brel Is Alive And Well And Living In Paris" musical.
His English adaptations of Brel's songs have been performed by many artists including Scott Walker, David Bowie or Dionne Warwick.
In the 60s he moved permanently to Paris, where he embarked on a very successful recording career in French, scoring six gold records and one genuine popular classic in the shape of "Le Lac Majeur".
He continued writing material for other artists until his death in 1991.