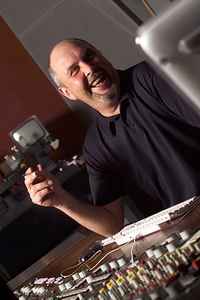 Real Name:
Kevin Metcalfe
Profile:
Sound mastering engineer with an impressive repertoire of all kinds of artists and all types of musical styles under his belt.