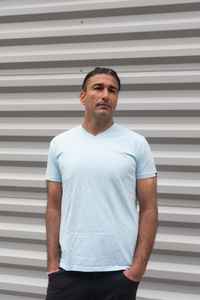 Real Name:
Deepak Sharma
Profile:
DJ, Producer and Curator of Hidden, Deepak Sharma has been entrenched within techno for over a decade. Tough, raw and gritty describe the man, his music and label.

Perseverance is another word synonymous with Deepak Sharma: an unrelenting passion for music and sharing his sound through a belief so intense, his soul pours out and bears itself within each release and DJ set. Known for a cerebral approach to music, he demonstrates his ethos that DJing is about creating a moment, often through taking crowds on a hypnotic journey and building energy, with a room as one towards a higher peak. While DJing is his calling, his label also requires the utmost care through each carefully curated offering, slowly and steadily building a catalog greater than most accomplishing the rare feat of forty-three releases and counting.

Now, Deepak Sharma is fully engaged as a producer, bursting at the seams with an active imagination, over-flowing with ideas and constantly learning, leading to an ambitious release schedule in the future.
Sites:
hidden-recordings.com, SoundCloud, instagram.com, Facebook, Bandcamp, open.spotify.com, Twitter, residentadvisor.net, YouTube, songkick.com