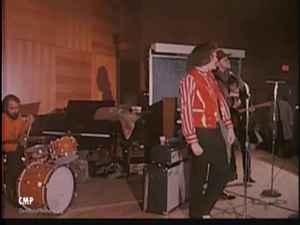 Profile:
The Fugs were a band formed in New York City in 1964 by Ed Sanders and Tuli Kupferberg, with Ken Weaver on drums. Later that year they were joined by Peter Stampfel and Steve Weber of The Holy Modal Rounders.

The band was named by Kupferberg who borrowed it from the euphemistic substitute for the word “fuck” famously used in Norman Mailer’s novel, The Naked and the Dead. Incidentally, the band is featured in a chapter of Mailer’s book, Armies of the Night as they play at the 1967 march on the Pentagon in protest of the Vietnam War (with Scott Rashap on upright bass).

The Fugs were a satirical and self-satirizing rock band that performed at protests against the Vietnam War nationwide. Their 1968 Transatlantic Records album It Crawled Into My Hand, Honest (TRA 181) also helped to make them more widely known on the European side of the Atlantic. This album (minus LP artwork, of course) can also be found as tracks 11 to 30 on Electromagnetic Steamboat. The band’s frank lyrics about sex, drugs and politics aroused a hostile reaction in some quarters and enthusiastic interest in others. One of their better known songs was an adaptation of Matthew Arnold’s poem, Dover Beach. Another was a William Blake poem.

The Fugs played their “final” concert of the 1960s in 1969 at the Hersheypark Arena in Hershey, Pennsylvania with the Grateful Dead.

The band (minus Weaver, plus Rashap) reunited in 1984, with several performances at the Bottom Line in New York.

March 27, 2020
You have to be blind or deaf (or both) not to like The Fugs. Apart from issues of personal taste,the Fugs contribution in what we call counter-culture is of great importance and the presence of artist/thinkers like Ed Sanders and Tuli Kupfenberg can only produce mind-blowing results.Being at the core of 60's rock counter-cultrure means that they were one of the groups of people who catapulted rock into a force against authority. Even though those powers pretty soon withered, we must always remember the people who-even for a glance-stood against the powers of oppression. The Fugs were certainly among those people.
Reply Notify me Helpful